We just added support for the popular programming language Perl. Right now there are more than 41250 Perl packages in the VersionEye database. 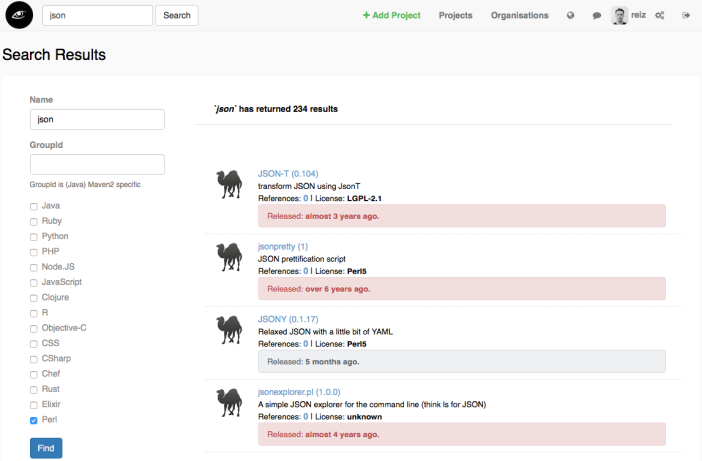 The cpan.org API is crawled once a day to keep the VersionEye database up-to-date. You can follow any of the Perl packages and you will be notified as soon a new version of the followed package is released.

Try out this new feature and feel free to give feedback.