The VersionEye API just got even better. There are 2 new features available! 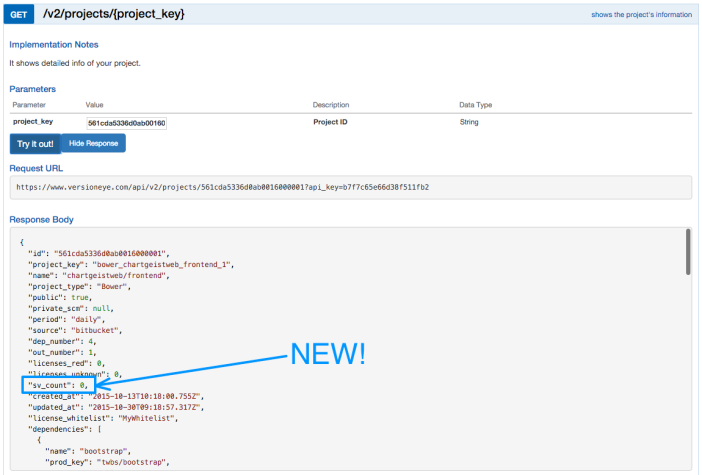 This number can be used from API AddOns to break the build on a CI system if there are some security vulnerabilities! The VersionEye Maven Plugin has already implemented that!

Now a project can be attached to an organisation AND a team at creation time! The endpoint for creating a new project at VersionEye has 2 new parameters now, the “orga_name” and “team_name” parameters!

With this 2 new parameters you can define the Organisation and Team which the project should be attached to! Both parameters are case sensitive! If an “orga_name” is defined without a team, the “Owners” team will be selected automatically!

The VersionEye Maven Plugin is supporting this 2 new attributes already.