This week version 3.2.0 of the VersionEye Maven Plugin was released!

You need the VersionEye Maven Plugin if you want to track multi module builds with VersionEye. The plugin runs inside your Maven build lifecycle and resolves all dependencies & variables natively with the maven-core project. It is the best way to track Maven projects on VersionEye!

You can use the plugin by simply adding this code snippet to your pom.xml file.

You can find more information about the API Key here.

The current version brings many small improvements and much more configuration options! Find here the change logs. I want to point out 2 changes. 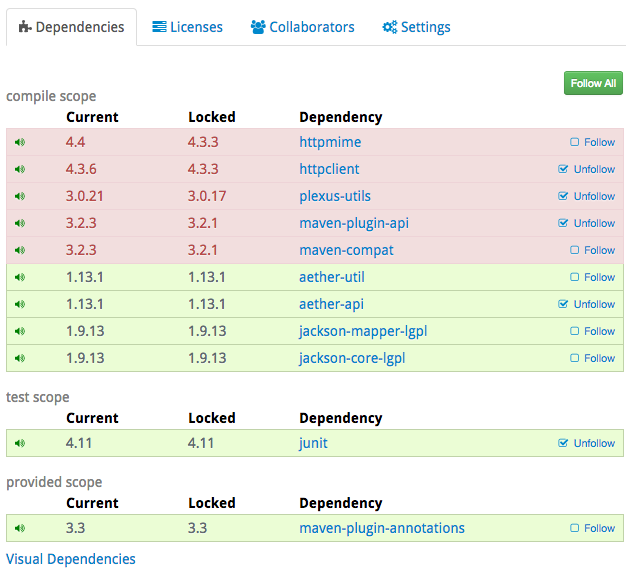 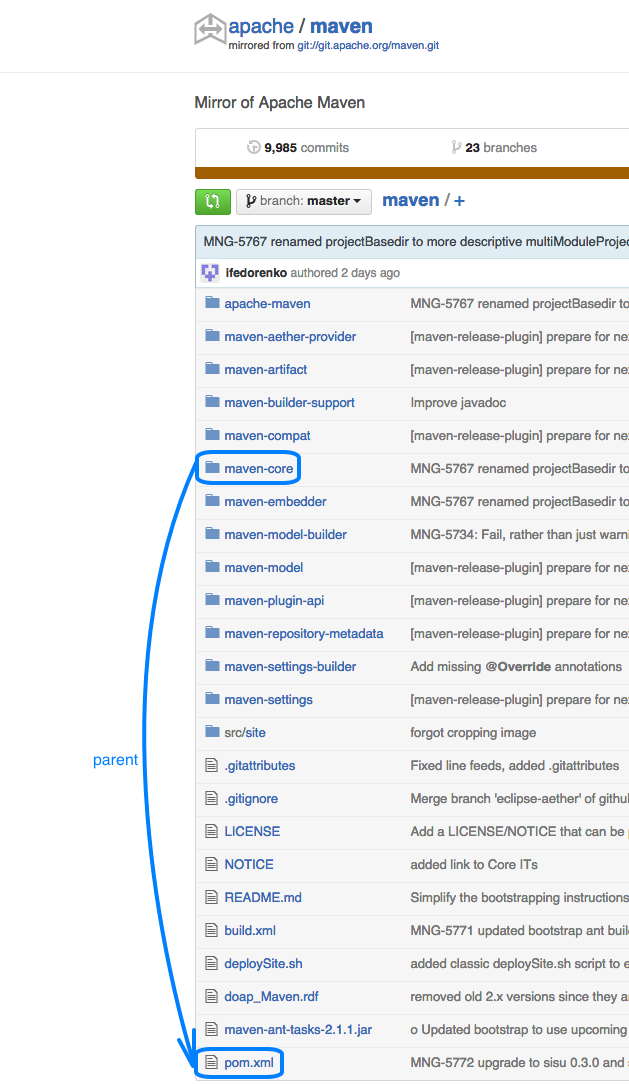 This is kind of normal. Many multi module projects have this structure. Executing the VersionEye Maven Plugin on this project would create a single project on VersionEye and each module would be a “subproject” on VersionEye. The advantage of this is that you have everything in one single view and the numbers for dependencies and licenses are summed up over all submodules. It looks like this: 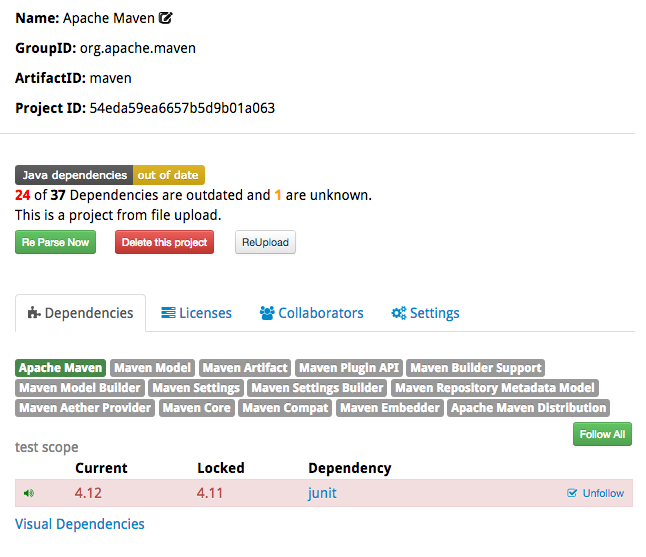 If you wish to remain each submodule as separate project on VersionEye you can turn of the merging with this line in the plugin configuration:

This is all kind of default. But what happens if one of your submodules references a parent project which is in a complete different git repository? It’s not part of the current maven build. And maybe the referenced parent project is even not available at VersionEye. In that case the merging would fail because VersionEye tries to merge an existing project into a non existing project. In this case you could turn of the merge with the configuration above. That would be a quick fix.

But what if you want to merge each submodule into the maven project which is described with the pom.xml in the root directory? That is not the parent which is set as parent in the submodules pom.xml. But maybe you still want to enforce this logical structure on VersionEye! With the current version of the plugin you can enforce into which project on VersionEye the submodules should be merged, by simply setting the parent GA explicitly in the plugin configuration.

This is not a theoretical case. It’s a real problem which happened to some VersionEye users. With the current version of the plugin this problem is solved now!

Let me know if you have questions to this. I’m happy to help!